Hoping to nail the summer bikini look with a bangin’ beach body?

Maybe you want to slide effortlessly into your dream wedding dress Has your epic weight loss journey left you with stubborn fat spots, which you just can’t shift?

Or are you struggling to lose that last bit of baby weight?

Whatever the reason, that final inch around the waist, thigh or under the chin is always the hardest, if not impossible, to shift.

Can you be found in the gym, glued to the squat rack – dreaming of a firm toned booty?

Or do you live on the mats, your bridge and kickback routine on repeat, trying to keep those legs trim and toned.

What about the inner thigh machine – Do you repeatedly crush your thighs (and spirit), hoping for a thigh gap to die for?

Or maybe you sweat it out on the cross-trainer for hours at a time, warding off the jiggly bum and legs, those summer hot pants your target.

Everyone has a part of their body they want to shrink, even just a little. Sometimes all that hard work pays off. But sometimes it doesn’t…

The muffin tops shrink, but never quite disappear. The gut retreats, but never quite completely deflates. Those cellulite dimples start to fade, but are definitely still there, and the bingo wings..!

Whatever you do, it just won’t shift. How unfair!

As we have become a more fitness savvy bunch, we finally understand - targeted fat loss is impossible. All those specific workouts, all that hard work – wasted. No abs, no buns of steel, no thigh gap. The dream is over.

But these activities do achieve something, they develop and grow our muscles. The problem is, if you still have a layer of fat sitting on top of your muscles, then you might never get to see that work translate into the body shape you want.

Do you want to see the fruits of your labour? Well, maybe there is another way.

How can I shift that fat?!

Cosmetic fat loss techniques and surgery, including procedures like tummy tucks, liposuction, and face lifts have become very popular, offering a short cut to an Elle MacPherson body. They are often very painful and require quite a long period of recovery and recuperation. There is also risk of infection. It’s certainly not something everyone feels comfortable with and the large price tag means it is just not possible for many.

Now though, there is another option.

Something scientists, doctors and nutritionists and personal trainers told us was impossible is possible.

You CAN trim fat from those specific areas of the body which annoy you so much.

Now there is a cosmetic treatment which can spot fix fat loss and deliver targeted fat removal. Fat freezing is:

⦁ surgery free and most importantly,


Fat Freezing - Why am I only now hearing about this?

It sounds like a made-up marketing gimmick, but the origins of fat loss by freezing came from a study into kids who ate a lot of ice lollies. However unlikely, scientists were intrigued by the realisation that those who frequently consumed and sucked on the ice-cold lollies seemed to have a high correlation with dimpled cheeks. After investigation Cold panniculitis or ‘popsicle panniculitis’ was recognised – that the fat cells in the kid’s cheeks were affected by the high exposure to extreme cold.

Further research suggested that fat cells could be destroyed or killed by cooling, without any damage to the surrounding tissue or blood cells. It was not until the late 1990’s, when two Harvard scientists realised there was a potential weight loss application, and began to research, test and develop a commercially viable technique to successfully reduce fat cells in this manner. The treatment finally received FDA approval in America in 2010 and is similarly approved for use in the UK – it works.


What is Fat Freezing?

Fat freezing, or Cryolipolysis (Cryogenic Lipolysis) to give its correct name, utilises the principle that fat cells freeze at a higher temperature than others within the body. By cooling selected areas of skin to between -11 and 4°c (39f), the subcutaneous fat cells freeze and cell death, or Apoptosis can occur, without damage to surrounding skin cells and tissue. Once this process has occurred, the cells are naturally excreted from the body by the lymphatic system in the same manner as any other dead cell.

Not an instant fix

Fat Freezing does not offer instantaneous results and can take up to 12 weeks of continuous improvement before you reach your final result. The changes to your body will begin gradually and will continue across the entire 12-week post-treatment period.

It all sounds too good to be true, but the procedure for fat freezing or ‘cool sculpting’, as it is sometimes commercially referred, is as simple as it sounds.

First, consultation – Which areas do you want to target?

Most popular are flanks (commonly known as ‘muffin tops’ or ‘love handles’), belly, lower back, inner thighs, outer thighs, buttocks, top of legs - just below the buttocks, under upper arm (so-called ‘bingo wings’) and under chin.

⦁ A protective film is placed on the skin of the target area, conductive gel is also applied. This is to prevent skin damage and to form a strong vacuum seal between the skin and the cooling applicator unit. This unit is applied, and a vacuum is created, drawing out the area of skin and fat which requires treatment. This makes it easier to isolate the fat cells, and to cool them to the required temperature as efficiently and effectively as possible. During this period, you might experience slight to moderate discomfort as the applicator will be cold. This sensation is temporary and is your nerve reaction to the cold.

⦁ After 10-15 minutes the skin should become numb, as the cooling sets in and then you should not feel any further pain or sensation. You can now do pretty much whatever you want - read, listen to music, without any disturbance, as long as you keep relatively stil to maintain a good seal.

⦁ Depending on the target area sessions will last between 30 minutes and 1 hour, in total. This is due to different temperature targets according to specific fat locations – so are thicker and require cooler temps to cool the subcutaneous fat layer.

⦁ After the cooling period is completed, the application unit and protective film will be removed. The target skin will look pronounced and solid. The clinician will then massage the local area to gradually return the skin to normal appearance and disperse the frozen cells. This takes around 15 minutes. Temporary bruising, skin pinkness and discomfort/firmness may occur after treatment. Symptoms might take a couple of weeks to completely disappear.

⦁ After treatment, maintain a healthy lifestyle, including drinking plenty of water. This will aid the lymphatic system and speed up the natural elimination of the dead cells by the body.

Is Fat Freezing suitable for me?

Fat Freezing is not for pregnant women or those breastfeeding. Consult your doctor if your using strong medication as this may be another contraindication. It’s important to differentiate which fat will respond to this treatment and which will not. This is not a weight loss treatment for those clinically obese – it is more of a tool for body shape and contouring.

Consider the type of fat

The body holds two types of fat – visceral and subcutaneous.

Visceral fat is the deep lying fat – that which is held between organs, inside the body and feels firm and solid. Fat freezing is not suitable or possible for this type, because it is not possible to actually get close enough to the fat to cool it.

Subcutaneous fat is that which lies directly below the skin surface and is often the obvious cause of surface disturbances to the body shape – it is this type of fat which is targeted and disrupted by using Fat Freezing technology. It is easy to identify as anything which can be squeezed or pinched is suitable for Fat freezing!


How long does it last?

The fat cells which are killed during Cryolipolysis are permanently removed – unlike normal fat loss. However, it does not prevent new fat cells from appearing. This is why fat freezing should be used in conjunction with a healthy diet and lifestyle and is best for spot fat reduction on problematic areas. Those with a metabolic condition, such as diabetes, or a poor diet could regain lost fat quickly.

Over 7,000,000 treatments have been carried out worldwide. As with all medical procedures, there is a possibility of complications, but clinical research suggests these are minimal in both number and result. This 2015 Article found that of around 1500 people treated, 12 reported complications – which is less than 1%. These included: less sensation, swelling, bruising, sensitivity, skin redness and localised pain. A 2014 article did describe a case of paradoxical adipose hyperplasia, which actually results in an increase in fat cells, but affects only 0.005% of people.

Don’t try this at home!

Successful fat loss with this technique is not as simple as just strapping on a tub of ice cream – you don’t want to burn or damage your skin, and contrary to common assumption – colder is not better. Fat destruction is optimised at certain temperatures and making the fat cells and your skin even colder will not result in further fat cell destruction but can give more potential for skin damage or frostbite related injury.

Is there Fat Freezing near me?

Is there Fat Freezing near me? This treatment has been earning rave reviews which has resulted in widespread availability of Fat Freezing in London and across the country. So keep your lollies in the freezer, leave it to the professionals and finally say goodbye to that stubborn fat for good. 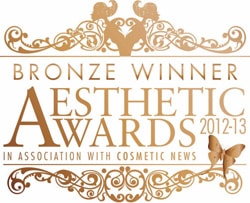 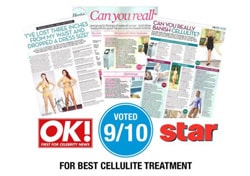 
3D Lipo London is delighted to announce that 3D-lipo, the revolutionary treatment that successfully targets fat by method of fat freezing – cryolipolysis and also cavitation, skin tightening by HIFU and also Radio Frequency, is now available. 3D-lipo is an amazing alternative to liposuction offering a powerful new dimension in non-surgical fat removal, the treatment of cellulite and skin tightening for both the face and body. The treatment is pain free with instant results and no down time – a HUGE hit with celebrities who choose the non- surgical 3D- lipo rather than go under the knife.

FIND US IN LONDON

Welcome To 3D Lipo London Where We Specialize In Fat Loss, Body Contouring In A Non-Invasive Way With Treatments Such As Fat Freezing – Cryolipolysis Achieving Great Result We Have Been Around A While Now, We Also Cover Other Area’s Like Fighting Cellulite And Stretch Marks In General And Also Post Pregnancy We Offer A Range Of Different Treatments To Combat These.